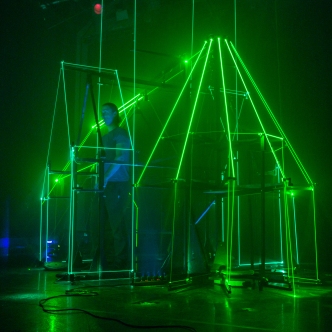 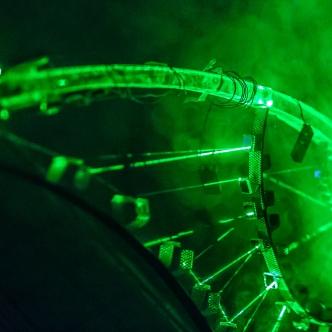 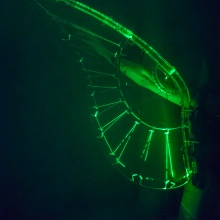 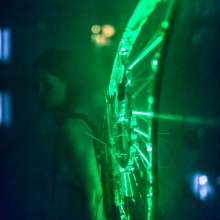 In a break from making things from lasers, I’ve been delighted to work on a project for the Edinburgh Science Festival, as part of their events at the National Museum of Scotland.

Devouring Technology is a basking shark made out of E-Waste (kindly donated by CCL North, HomeSpring and HackLab), which is on display in the Grand Gallery of the Chamber Street museum until the 21st April. 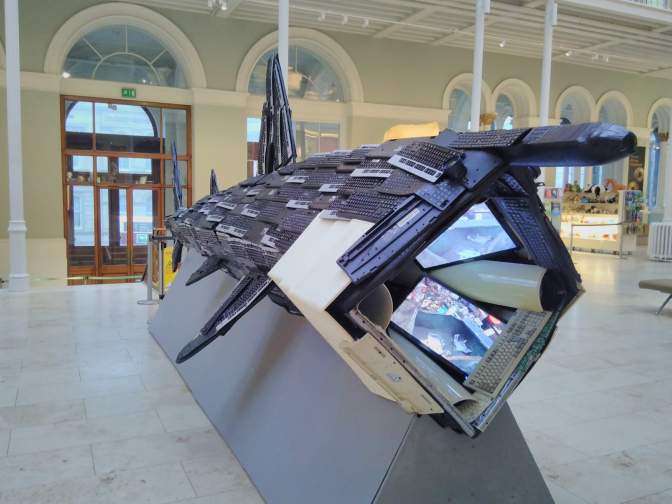 I chose a basking shark for the project as these incredible creatures are native to Scottish waters, and are constantly consuming: their mouths always open ready for food. As a metaphor for our consumption of technology, without thinking about its disposal, it also worked as a reminder of the nature which is affected by our actions.

Inside the shark’s mouth are four monitors which show a looped video of a man in the Coté d’Ivoire dismantling E-Waste: I didn’t want the human impact of our privileged society to be forgotten.

The Science Festival are running workshops in the Museum to encourage people to learn how to dismantle and fix technology: go, explore and tag any photos of the E-Waste shark (she’s called Betty) with the hashtag #EdSciFest.